Palestinian President Mahmoud Abbas has ordered an investigation into a cartoon apparently depicting the Prophet Mohammad in an official Palestinian newspaper.

The move came less than a month after Abbas joined world leaders in a march for free speech in Paris following a deadly attack by Islamist gunmen on the French satirical weekly Charlie Hebdo, which had caricatured Mohammad. 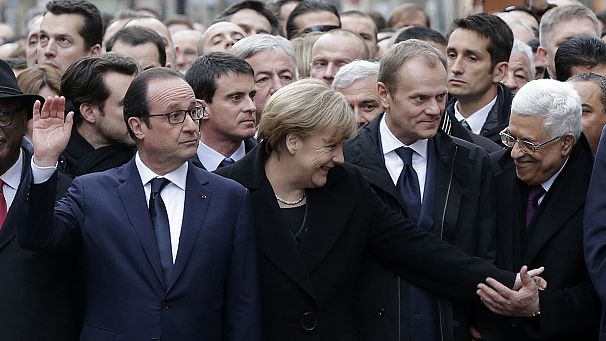 A drawing in the West Bank-based newspaper al-Hayat al-Jadidah on Sunday showed a robed man standing astride Earth and reaching into a heart-shaped pouch to sow seeds of love around the world. The caption reads: “Our Prophet Mohammad”. Artist Mohammed Sabanneh, a Muslim, said he meant no harm. The figure was not Mohammad but “a symbol of humanity enlightened by what the Prophet Muhammad brought,” he wrote on Facebook.

Islam frowns on any depictions of its most revered prophet. Strict interpretations of Islamic scripture ban drawing any sentient beings, although court artists in past centuries drew Mohammad in illuminated manuscripts. In a report late on Monday, the official Palestinian news agency WAFA said Abbas had ordered “an immediate investigation.”

It quoted him citing “the need to take deterrent action against those responsible for this terrible mistake, out of respect for sacred religious symbols and foremost among them the prophets”.

Sabaaneh, one of the most prominent Palestinian cartoonists in a society that has long prized them as incisive critics of Israel, has faced free speech controversy before. Imprisoned by Israel for five months and fined last year for “being in contact with hostile parties”, Sabaaneh and his backers said Israel sought to silence his mordant cartoons.

No public threats have been made against Sabaaneh, who thanked his supporters online. “Despite facing a committee of inquiry, I love this country,” he wrote on Tuesday.