From Jerusalem, the number 19 bus takes you along the Israeli-built wall and through a kind of no-man’s land to get to Ramallah. Often Palestinians find themselves body-searched upon arrival, but at least the ceasefire has calmed the nerves in this palpably paranoid part of the world. From Ramallah, a minibus completes the journey through the hills of the West Bank towards Nablus, past the roads punctuated with barbed wire checkpoints that lead to Israeli colonies. 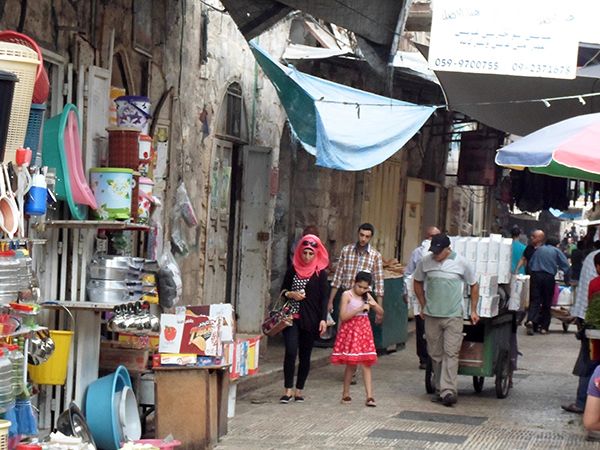 Naseer Arafat, an architect working in Nablus, brings his guests to a small fountain in an interior courtyard of his aunt’s house and shows them around the adjoining office, workshop, library and small museum. Naseer, 46, wants to develop Nablus into a sustainable community – a tough task given the status quo in the West Bank, a a landscape made up of unfinished building sites and littered with the refuse of daily life. To help turn things around he has labored 14 years on his book, Nablus - City of Civilisations.

Naseer belongs to no political party; he favours neither Fatah nor Hamas. He insists on his neutrality and independence. And he is a man who is proud of his work. 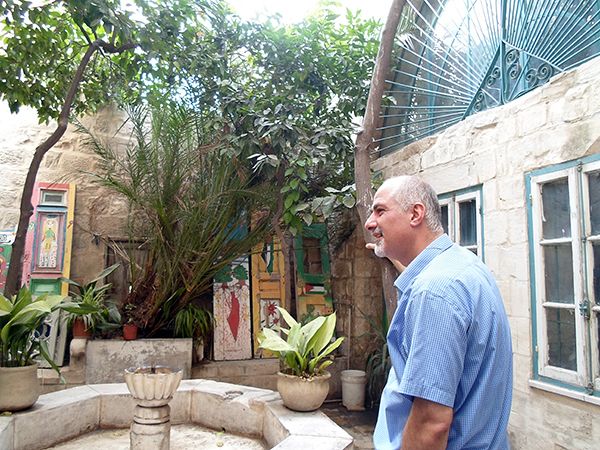 In the courtyard stand what he calls ‘homeless doors’, doors whose houses have been destroyed by the Israeli military. On each of these doors children have told a story; on one a boy has drawn an eye, having witnessed himself the moment the house was bulldozed to the ground; on another a child has painted a blood-red map with no borders, a map from which Israel is absent; on another a girl has painted a blond doll – “that’s Barbie,” laughs Naseer.

In the museum there are exhibits of Palestinian traditions like the production of Olive Soap which Naseer makes in Nablus and exports abroad from Jerusalem, the nearest town with a reliable postal service. 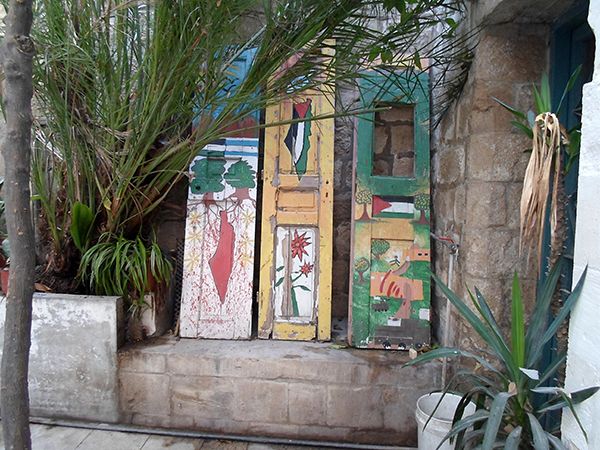 With his wife, an artist who makes pottery miniatures of Nablus’ historical buildings, Naseer has three sons and one daughter but has taken responsibility for the education of the children of others, putting at their disposal his library, workshop and the many bicycles strewn around his house. When they finish reading a book, the children are rewarded with a bike ride around the old town. Every year Naseer accompanies 10 young adults on a trip to Stavanger, Norway, a town twinned with Nablus, to thank them for their volunteer work helping the children.

This year Manuela Römer, a teacher at the An Najah National University in Nablus, will choose one of her journalism students to take part in this trip. Römer has been in the Palestinian territories for one year, having previously lived in Syria and worked in South Sudan, and has become aware of the frustration of her students. “When the weather’s good you can see the sea from Nablus, but they can never go there,” she says. The beaches are in Netanya or Tel Aviv in Israel, forbidden territory for Palestinians. 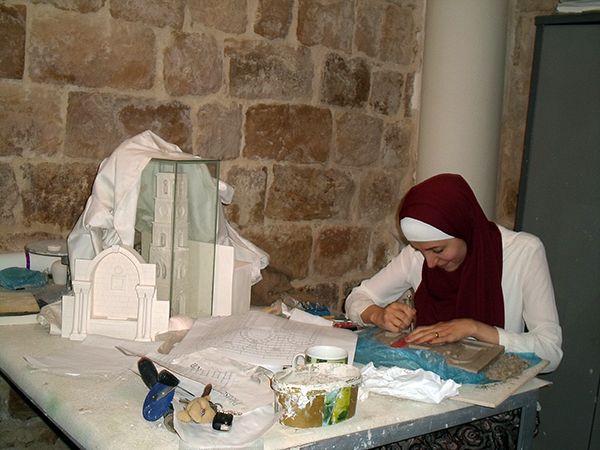 Many young Palestinians no longer believe in a ‘two-state’ solution; more and more Israeli settlements are being built, complete with barbed wire walls and armed guards. Some settlers behave as if they are sheriffs, taking their guns with them when they leave the settlements to go jogging. What these young Palestinians want is a one-state solution, where Israelis and Palestinians live in the same state with equal rights.

What are architect Naseer Arafat’s ideas for the future? He admits the current situation is bleak but refuses to lose hope. On one of his previous trips abroad, he went to Belfast, another city once torn apart by conflict. He has kept in touch with the people he met there and wants his students to live the same experience. 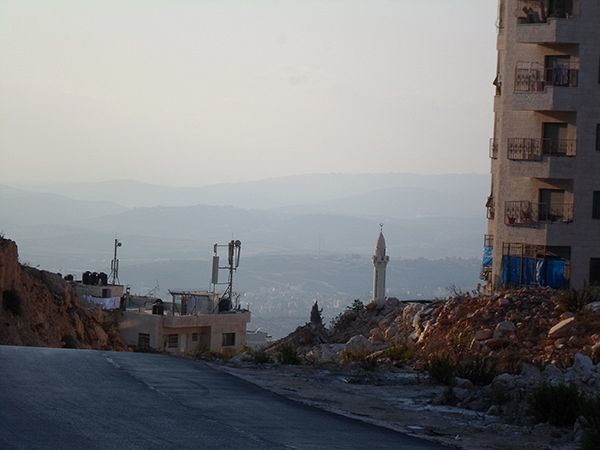