Angela Merkel’s conservatives look set to fall just short of an historic absolute majority – despite their strongest performance in a German national election for more than two decades.

Poll projections from ARD suggest Merkel’s conservatives are just shy of winning an absolute majority. A separate projection from ZDF shows them even with the other three parties that have made it into parliament – Social Democrats (SPD), Greens and Left party.

The last time a German party won an absolute majority was in 1957 with conservative leader Konrad Adenauer.

If Merkel does need to form a coalition it’s unclear who it will be with – her current partners the Free Democrats (FDP) scored around 4.7 per cent of the vote, below the 5 per cent needed to enter parliament.

If the FDP fail to get into the Bundestag, Merkel could form a coalition with the SPD, who she governed with in her first term, from 2005-2009.

Support for SPD stood at 25.6 per cent, their second-worst result since World War Two.

Meanwhile newcoming eurosceptic party, Alternative for Germany , polled 4.9 per cent of the vote, a whisker short of the magic 5 per cent margin. It had earlier been predicted the party would make a significant impact.

“This is a super result,” said Merkel, who is now on course to eclipse Britain’s Margaret Thatcher as the EU’s longest-serving female head of government. “We will do all we can in the next four years together to make them successful years for Germany. It is too early to say how we will proceed but today we should celebrate.”

Lena Roche, euronews’ correspondent at the CDU’s headquarters in Berlin, said the atmosphere is “bubbling with excitement.”

She added: “Hundreds of followers are celebrating the victory with beer, wine, currywurst and pretzel. Everytime a new projection pops up people cheer louldy.

“Angela Merkel appeared on stage around 9pm – the young CDU members even got her to dance a little bit.”

Meanwhile at the Berlin headquarters of the SPD there were cheers when it became clear the FDP were likely to be ousted from the German parliament.

Bad feeling remains between the two parties, after the collapse of a coalition 30 years ago, according to euronews’ correspondent at the Willy Brandt building.

He added: “But they may have been taking their eyes off the bigger picture – their own poor showing opened up the possibility of Merkel’s conservatives securing an absolute majority.”

The election is of huge importance – Germany plays a crucial role in making decisions over the eurozone’s debt crisis. Sunday’s election is the first in Germany since the zone’s financial problems erupted in 2009.

It has the biggest population in the EU and 62million are eligible to vote.

Carsten Koschmieder, political analyst at Berlin’s Free University, said: “If Merkel does end up with an absolute majority, it will be a very narrow majority so it will not make things easier for her politically.

“She will have to pay much more attention to people in her own party, for example those who voted against Greek bailouts.”

Mats Persson, director of think tank Open Europe, said: “Whatever happens this is a massive public endorsement for Angela Merkel, who has established herself as the most powerful female politician ever.

“Part of her resounding victory must also be seen as a validation of her eurozone policy – expect more of the same.

“Whether or not the anti-euro AfD makes it into parliament, its strong showing means it could become a force to be reckoned with in the European elections.

“No matter the coalition outcome, there will have to be a lot of soul searching by the FDP and centre-left. In the end the leadership of these parties could well end up paying the price for their poor showing.”

French president Francois Hollande congratulated Merkel, inviting her to talks in Paris once her new government is formed.

Hollande and Merkel had a conversation in which they expressed their wish to “pursue their close cooperation in order to take up the new challenges of Europe’s construction”.

Merkel’s Christian Democrats have ruled in a coalition with the pro-business FDP since 2009. In the run-up to the election, the FDP pledged to continue in coalition with Merkel – if together they win enough votes – but its support has dropped away in recent years.

Regardless of her coalition, she faces major challenges in a new term, from bedding down her shift from nuclear to renewable power to fending off a demographic crisis, and setting out a vision for Europe, which may be past the acute phase of its crisis but is still plagued by recession and unemployment.

There is also the issue of a possible third bailout for Greece, a subject Merkel tried to keep out of her election campaign. 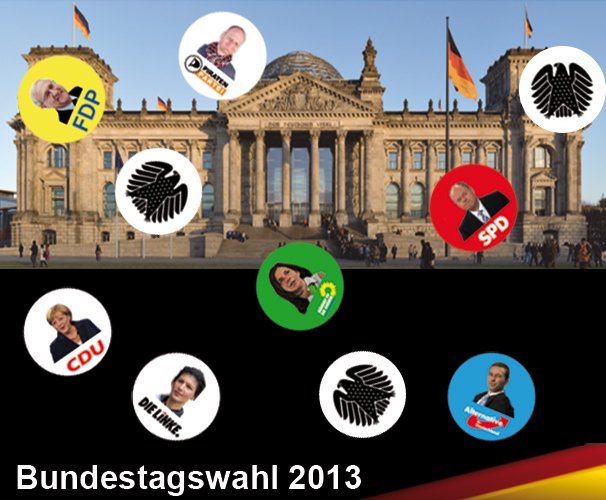