Political tensions are soaring once again in Zimbabwe ahead of presidential and parliamentary elections that could bring an end to President Robert Mugabe’s 33-year rule. Both he and his rival Prime Minister Morgan Tsvangirai claim they are poised for victory, though analysts expect the outcome will be very close.

The 89-year-old has been the president of Zimbabwe since its independence in 1980 and is the leader of the Zimbabwe African National Union Patriotic Front (ZANU PF). Tsvangirai, his main political challenger, is leader of the Movement for Democratic Change (MDC-T) and prime minister of Zimbabwe. The two parties were forced into a coalition after the violent election of 2008. Under the coalition the country has seen relative stability and economic growth since 2010, mostly due to the resurgence of agriculture and revenue from diamonds, though unemployment remains a severe problem.

The two leaders have different political ideologies with Mugabe wanting Zimbabweans to have greater control of the economy, reducing the influence of foreign-owned companies, while Tsvangirai wants to encourage foreign investment and reintegrate the country into the international community. Amid the wrangling over the economy the finance ministry has lowered Zimbabwe’s growth forecast from 5 percent to 3.9 percent for 2013.

What happened during the 2008 elections?

Human rights organisations say that prior to the 2008 elections, President Mugabe implemented a campaign of intimidation and murder of opposition activists, journalists, public officials or anyone, including ordinary citizens, who were suspected of voting for the MDC-T party. Tsvangirai won the 2008 election, but as he did not win by more than 50 percent, a second round of voting took place. However, the leader of the MDC-T withdrew from this second round as the ZANU PF party increased its violent attacks on members and supporters of the MDC-T while increasing restrictions on campaigning, according to Human Rights Watch. After Tsvangirai’s withdrawal, Mugabe went ahead with the election and continued to rule over Zimbabwe.

In the summer after the election Zimbabwe experienced a disastrous economic situation with inflation reaching 231,000,000 percent. The government was forced to allow shops to accept US dollars and South African rand as the Zimbabwean dollar became worthless. Foreign donors clearly stated that no aid was going to be given to the country unless it would fall under Tsvangirai’s control, which led to a coalition between the ZANU PF and the MDC-T in 2010. Zimbabwe now has five currencies including the US dollar, the Euro, the South African rand, the Botswana pula and UK sterling. This opening of the economy to foreign currencies stopped hyperinflation, restored price stability and allowed growth to return. Yet the structural weakness of the economy inhibits broad-based growth and political uncertainty may continue to undermine development.

Will the elections be free and fair?

Although violence continues to be reported across the country, Zimbabwe Electoral Commission’s (ZEC) deputy chairwoman Joyce Kazembe said the ”elections will be credible, free and fair” , according to the Free and Fair Zimbabwe Election website. However, in June the NGO Research and Advocacy Unit reported that one million people on the electoral roll were either dead or had left the country, a number which might compromise the result of the vote. It is reported that Mugabe has called for a peaceful election, appealing for the events of 2008 not to be repeated. However, Tsvangirai claimed this is only a strategy to mislead the international community while manipulating the ZEC.

At a recent election rally Mugabe once again urged violence against gay people, describing them as “worse than pigs, goats and birds” and threatening to behead homosexuals if he won the election.

Who is most likely to win this election?

Tsvangirai lost support among Zimbabweans due to the scandals linked to his personal life and his sometimes careless campaign. According to a report by the U.S-based NGO Freedom House, the MDC-T suffered a decline in support by 38 percent and 20 percent from 2010 to 2012. The ZANU-PF party, however, experienced a growth in support moving from 17 to 31 percent. However, 47 percent of respondents to the survey did not declare their voting intentions.

Pollsters say Mugabe could win the presidential election; however, his old age and poor health (he is reported to have prostate cancer) raise doubts about his ability to continue in office. Rejecting fears about his well-being, the president maintains he will be running for election in 2018. Against this backdrop Zimbabwe’s future hangs in the balance, with many predicting another period of post-election instability or even renewed violence. 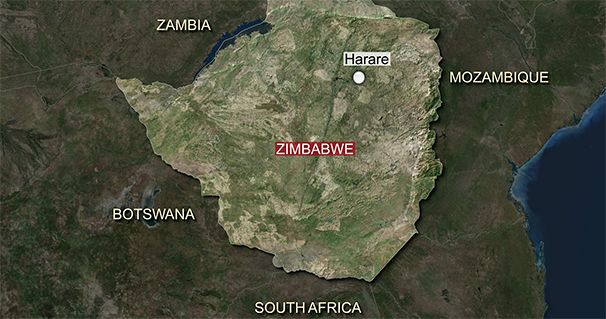