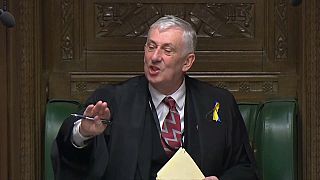 The Scottish National Party (SNP) MP asked when the PM is going to realise that people don't want to hear "any more glib, half-hearted non-apologies."

"They just want this Pinocchio Prime Minister to pack his bags and go," he added.

Speaker of the House Sir Lindsay Hoyle demanded he withdrew the implication that the Prime minister was a liar. MP Thomson did withdraw the comment.

This was the second time Johnson had faced British lawmakers since police fined him for attending a birthday party during the pandemic lockdown.

The fine Johnson paid last week makes him the first PM in British history to have broken the law while in office.