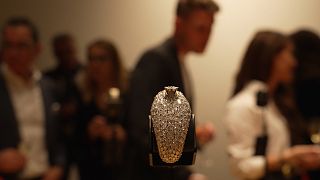 The Geneva Watchmaking Grand Prix (GPHG) celebrates its 20th anniversary this year. Considered the Oscar of watchmaking, the event enables enthusiasts to look back at previous winners of the Grand Prix de l'Aiguille d'Or, the most coveted award in the competition.

Alongside these watches, which go on display from October 23 to November 14 at the Rath Museum in Geneva, the public gets a glimpse of the 84 watches preselected for the 2021 edition.

The awards ceremony will take place on Thursday, November 4, at the Théâtre du Léman in Geneva.