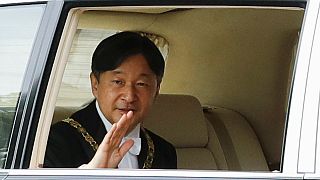 Former Emperor Akihito and Empress Michiko stepped down on Tuesday after three decades as the nation’s top royals in a brief, simple ceremony, with Akihito thanking the people of Japan and saying he prayed for peace.

The first part of Wednesday’s ceremony was watched by a small group that did not include Empress Masako, Naruhito’s wife, since female royals are not permitted to take part.

Naruhito, 59, is the first Japanese emperor born after World War Two, the first to graduate from university and the first to spend extended time studying overseas.

Empress Masako, 55, was a career diplomat before marrying him in 1993.