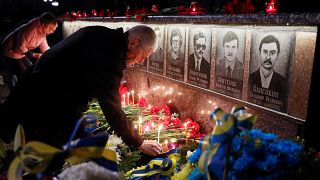 Ukraine marked on Friday the 33rd anniversary of the Chernobyl nuclear disaster, when the 4th unit of the plant exploded in the early hours of April 26, 1986.

The city of Slavutych was built following the evacuation of Pripyat, the town of the Chernobyl plant workers, which was just 1.5 kilometres (about one mile) away from the plant.

Some 50,000 Pripyat residents were evacuated after the disaster, taking only a few belongings.

They never returned, and workers and their families now live in Slavutych.