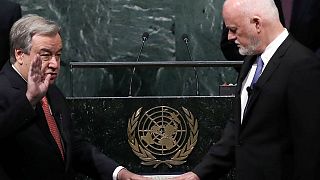 Antonio Guterres sworn in as next UN secretary general