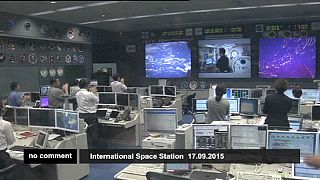 Updated: 19/09/2015
<p>Kimiya Yui conducted the mission on Thursday, Japan time. The satellite, measuring roughly 30 centimeters across, was developed by a Japanese university team led by the China Institute of Technology. It is designed to observe the meteor phenomenon, when dust in space glows like stars as it enters the Earth’s atmosphere.</p> <p>The one-year mission is aimed at finding out whether the dust contains elements pertaining to the origin of life.</p> <p>Workers at the Tsukuba Space Center of the Japan Aerospace Exploration Agency applauded when Yui pressed a button on the <span class="caps">ISS</span> to release the satellite.</p>
no comment