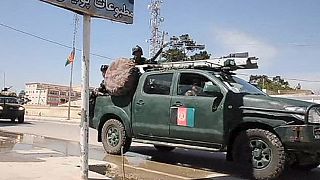 Updated: 10/04/2015
<p>Terrorists armed with rocket-propelled grenades and other weapons stormed a court in Afghanistan’s northern city of Mazar-i-Sharif. Ten people were killed and 63 others wounded in the assault. The Taliban has claimed responsibility for the attack.</p>
no comment