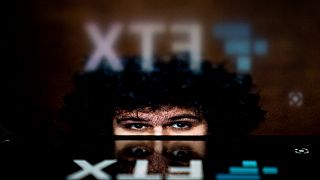 Cryptocurrencies are still feeling the aftershocks of last week after the third-largest crypto exchange FTX imploded and later filed for bankruptcy.

The company saw liquidity dry up after an explosive report by CoinDesk that questioned how stable the empire was, resulting in customers demanding withdrawals. The saga has caused massive financial losses and possible criminal investigations.

The largest cryptocurrency Bitcoin plunged about 65 per cent this year and was trading at around $16,500 (€17,000) on Monday. Other altcoins such as Ethereum have followed suit and seen a drop of up to 30 per cent in the last week.

The continuing cryptocurrency price tumble comes after FTX filed for bankruptcy on Friday and as FTX’s 30-year-old CEO and founder Sam Bankman-Fried, known by his initials SBF, resigned.

The saga has highlighted a volatile market and sparked calls for tighter regulation, which some in the industry have welcomed.

“We have seen in the past week things go crazy in the industry, so we do need some regulations, we do need to do this properly,” said Changpeng Zhao, also known as CZ, chief executive of the largest crypto exchange Binance.

Speaking on Friday at a conference in Indonesia, he added that comparing the current crypto turmoil to the 2008 financial crisis is “probably an accurate analogy”.

Binance has been a major player in the FTX turmoil. Zhao said last week that his company signed a letter of intent to buy FTX but then reversed his decision as FTX’s issues were “beyond our [Binance’s] control”.

“As a result of corporate due diligence, as well as the latest news reports regarding mishandled customer funds and alleged US agency investigations, we have decided that we will not pursue the potential acquisition of FTX.com”.

Zhao also announced on Monday that Binance is setting up an industry recovery fund to help rebuild the industry, but details at the moment are scarce.

What do we know about FTX?

FTX was originally based in Hong Kong but was later brought to the Bahamas by Bankman-Fried, who was regarded as one of the cryptocurrency saviours after helping other companies that faced difficulty during this so-called "crypto winter," most notably Voyager Digital which failed after it had a stake in Terra.

Bankman-Fried was worth about $26 billion (€25.3 billion) after he launched his crypto trading firm Alameda Research in 2017 and two years later launched the crypto exchange FTX.

But recent events have seen 94 per cent of his net worth wiped out in a single day.

The report by CoinDesk found that despite being separate companies, Alameda’s assets were mostly tied up in FTT, the coin of FTX. Despite nothing actually being wrong with that, fears around FTX’s liquidity arose.

FTX is backed by many high-profile investors such as SoftBank Vision Fund, Tiger Global, Sequoia Capital, and BlackRock.

FTX had also appointed celebrity Tom Brady as a brand ambassador and then invited his wife Gisele Bundchen as an advisor for environmental matters.

Investigations and a possible hack

Authorities in the Bahamas said on Sunday they were investigating possible criminal misconduct.

“In light of the collapse of FTX globally and the provisional liquidation of FTX Digital Markets Ltd., a team of financial investigators from the Financial Crimes Investigation Branch are working closely with the Bahamas Securities Commission to investigate if any criminal misconduct occurred,” the Royal Bahamas Police Force said in a statement.

Meanwhile, FTX is launching a probe of its own. The company said on Saturday it was looking into crypto assets that were stolen and has now moved all its digital assets offline.

On the same weekend, another crypto mishap alarmed investors.

Singapore-based Crypto.com said it accidentally sent more than $400 million (€389 million) in Ethereum to the wrong account.