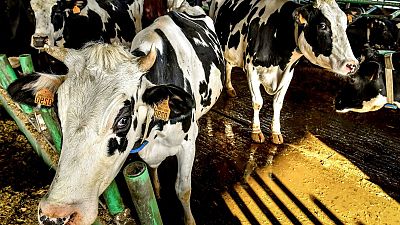 Sat on the side of Arthur’s Seat in Edinburgh last summer, watching the sun go down, a friend had a revelation while looking at some rabbit poo.

“This is why the grass is so bloody short, all the rabbits,” he said.

“OK George Monbiot,” his girlfriend, one of my best friends replied, pausing for a moment. “Niche reference. We all got it.”

If you know of Monbiot, you probably think you get it too looking at the front cover of his new book Regenesis. Even without encountering his passionate brand of environmentalism, you might think you know what kind of non-fiction this will be. The sort that’s marketed as a necessary detox to our many environmental and social ills: ‘this book will make you want to give up social media, or meat.’

And yes, it’s no spoiler that cattle farming does not come off well here, but what Monbiot has forged is not simple conscience prodding. There are no easy get outs from this defining problem.

It starts with soil, and never really leaves it - even as it goes on a barnstorming overview of all the deranged contortions our globalised food system performs. These are just a few of the issues he covers in book’s extensive exploration of the farming industry:

It isn’t just wave after wave of negativity, however. The solutions Monbiot spotlights feel more hopeful for the thoroughness of this confrontation with farming. Regenesis demands our full attention.

If anything, this book is an urgent call to get food-numerate. Monbiot lays down a key formula that is getting lost by well-meaning environmentalists, foodies, and our own sentiments about the stuff we consume every single day. To limit the environmental damage of farming, we need the highest yields from the smallest amount of land.

Regenesis abounds with shocking statistics about the farm industry. It’s meticulously researched (sentences regularly have three footnotes) and mind-expanding to follow. Reading it is a must, but in the meantime, here are some of the key concepts we all need to equip ourselves with to get you started.

Why agroecology is the new watchword

Scientists estimate that only 10 per cent of small soil animals have so far been identified. After a lifetime immersed in natural history, Monbiot turns with infectious, childlike wonder to the earth.

A handful of soil reminds him of the first time he went snorkelling. Structured zones like the rhizosphere - where threads of fungi knit together plant roots - are a dense area of biological activity just like the coral reef. Centipedes and beetles swim like sharks and dolphins through the bulk soil.

Appreciating this world is the first step to agroecology, a type of agriculture that works with the rich ecosystem underground.

“Agroecology means not only farming more sensitively, with fewer chemicals, less use of machinery and more reliance on natural systems, but also changing the relationships between farmers and the rest of society,” explains Monbiot.

“It means creating food networks that aren’t dominated by seed and chemical companies, grain barons or supermarkets, but are independent and self-organised.”

Food sovereignty, in other words. Our national diets have homogenised, converging on just four plants - wheat, rice, maize and soybeans - which make up almost 60 per cent of the calories grown by farmers worldwide.

At the same time, trade links have got stronger, turning countries into super-exporters and super-importers. This is not what a robust system looks like, and the increasing coupling of the food and finance sector is proving disastrous.

After falling steadily until 2014, the number of chronically hungry people began to rise again, reaching 690 million by 2019. But there’s not a lack of food to go around. The biggest spikes in food prices in recent years have been spurred on by the frantic activity of commodity traders, amplifying the impact of heatwaves, droughts, and wars.

Why is organic farming not the answer?

If the ravages of intensive farming and the chemical fertilisers and pesticides it requires have convinced you that free-range and organic is the way to go, Monbiot has some more bad news.

It comes back to the key principle of yields per land use.

“The greenhouse gas emissions from organic produce tend to be similar, or worse, per kilogramme to those of conventional food,” he writes, as the animals take longer to raise and need more land.

There might be no more damaging farm product than organic, pasture-fed beef.

Followed by one of the book's most shocking assertions: “there might be no more damaging farm product than organic, pasture-fed beef.”

While free-range chickens are undoubtedly better off, the reactive phosphate they excrete can get into rivers even faster than from their battery-farmed cousins, causing toxic algal blooms.

“All farming, however kind and careful and complex, involves a radical simplification of natural ecosystems,” says Monbiot, concluding that land use is “the most important of all environmental questions.”

So how can we feed the world without devouring the planet?

The most enjoyable sections of the book are Monbiot’s meetings with the people grafting to find a new, truly sustainable way of farming and feeding. His conversations with a revolutionary fruit and veg grower in the Chilterns, for example, who uses no livestock products or artificial inputs. Still he has managed to make his soil more fertile through round-the-clock nurture.

But Monbiot is at his most excited in describing the arrival of a new crop altogether, a kind of intermediate wheatgrass with roots reaching three metres long. Kernza, he explains, is a perennial.

“It persists over several years, averting the need to sow and clear the ground for every harvest.”

This means the plant forms stronger symbiotic relationships with bacteria and fungi, while reducing erosion and drawing down more carbon than annuals. The plants we’re used to seeing in fields are actually rare in nature, colonising ground after fires and floods. To cultivate them, we have to keep the land in an ecologically blasted state.

Surprisingly, this game changing crop is being developed not by government scientists, but a non-profit group in Kansas called the Land Institute.

Childlike glee returns when Monbiot gets to try a pancake made from dead soil bacteria, cooked up by scientists in Helsinki. Where US soybean farming occupies 36.5 million hectares, an area greater than Italy, the land required to produce the same amount of protein by growing bacteria is only 21,000 hectares (or, an area the size Ohio). It’s one of those stats Monbiot relishes in his quest to cut the footprint of farming.

Once the full potential of microbial protein is realised, our imagination is the limit, says Monbiot, conjuring up the taste of seared steak from a scallop-textured morsel.

One of the guiding quotes at the start of the book is from the conservationist John Muir, who famously said: “When we try to pick out anything by itself, we find it hitched to everything else in the Universe.”

As far as soil, ecosystems, farming and world trade is concerned, Monbiot does his best to illuminate all the strands, making visible issues that are both too tiny and macro for us to normally see.