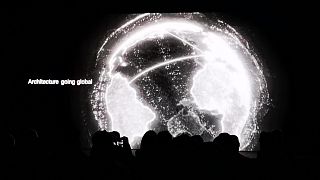 An archive of tens of thousands of documents about contemporary Luso-Brazilian architecture has just opened in Portugal.

The country’s Casa da Arquitectura opened its so-called "Digital Building" to democratize its content and allow students and researchers access to virtual versions of its exhibits and its documents free of charge.

The Prime Minister of Portugal António Costa was one of the people at the opening ceremony on May 13.

He told Euronews: “the fact that there is this digital building and that the collections deposited and processed here can be accessible from anywhere opens up the opportunity for architects from all over the world to also deposit their collections here.

“We have here two great Brazilian architects, Lúcio Costa and Paulo Mendes da Rocha. In the future, surely, other architects from other countries can also have their space here."

The Digital Building is already housing documents related to his career.

"There is a chance to host a great Spanish architect,” Eduardo Souto de Moura said.

“We are waiting for better conditions. Portugal’s Prime Minister came here today. It is a good sign for us to become more international in collecting more collections. European, for now, and African, maybe."

There are currently 10,000 documents already digitalized for the archive. And another 30,000 others are in the process of being uploaded.

The Digital Building also includes an online store and virtual tours of the exhibitions held at the centre since 2019.