Britain's King Charles III has addressed the nation for the first time as monarch, following the death on Thursday of his mother, Queen Elizabeth II.

See a summary of Friday's events below -- and watch our TV coverage in the video player above:

Both French President Emmanuel Macron and German Chancellor Olaf Scholz spoke of the Queen's devotion to duty, and their nations' friendships.

Watch and read more on those and other tributes from around Europe here: 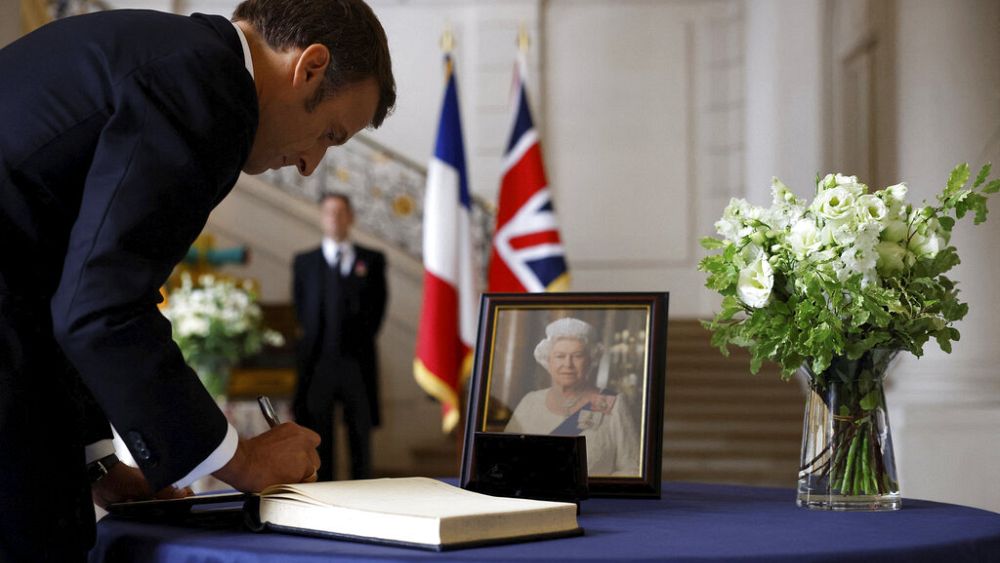 What happens on Saturday and in the coming days?

Here are the main events lined up for the weekend and subsequent days, as the UK mourns Queen Elizabeth and goes through the formalities of King Charles' accession.

— 10 a.m. — Charles meets at St. James’s Palace with senior officials known as the Accession Council and is officially proclaimed King.

— 11 a.m. — An official reads the proclamation aloud from a balcony at St. James's Palace. It is also read out in other locations across the UK.

— 1 p.m. — Parliament holds a second day of tributes to the Queen.

— The Queen’s body is moved from Balmoral Castle in the Scottish Highlands to Edinburgh, where the coffin is likely to rest at Holyrood Palace before being moved to St. Giles' Cathedral so members of the public can pay their respects.

— The coffin will be transported by train or plane to London.

— The Queen will then lie in state for several days in Parliament’s Westminster Hall, where the public will again be able to pay their respects.

— A state funeral at Westminster Abbey will be attended by leaders and dignitaries from around the world.

— The period of national mourning will end after the day of the Queen’s funeral.

King Charles III told Prime Minister Liz Truss that losing his mother was the day he had been dreading and that he must “try and keep everything going."

Their meeting happened Friday in Buckingham Palace after the king flew from Scotland to London.

Queen Elizabeth II had appointed Truss to the role just two days before her death.

Already Thursday night brought a flood of messages of condolence and praise for the Queen from around Europe, following the news of her death.

Here is a useful Twitter thread by Mujtaba Rahman, director of Eurasia Group consultants, listing more tributes — some official, some spontaneous — from the EU and its countries.

Read more on the new British monarch's first address to the nation: 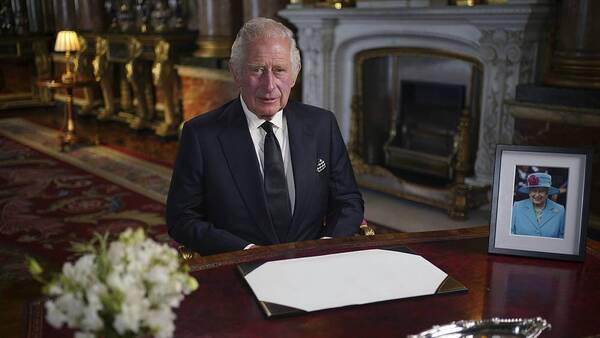 The address was broadcast on television and streamed at St Paul's Cathedral, where 2,000 people attended a service of remembrance for Queen Elizabeth II.
19:25

Charles thanks 'darling Mama' in first address as monarch

King Charles III says he feels “profound sorrow” over the death of his mother, Queen Elizabeth II, and is vowing to carry on her “lifelong service” to the nation.

Charles was making his first address to the nation as monarch on Friday, following the Queen’s death.

"Throughout her life, Her Majesty The Queen – my beloved Mother – was an inspiration and example to me and to all my family, and we owe her the most heartfelt debt any family can owe to their mother; for her love, affection, guidance, understanding and example. Queen Elizabeth was a life well lived; a promise with destiny kept and she is mourned most deeply in her passing," he said.

“That promise of lifelong service I renew to all today,” he added, delivering the address with a framed photo on the Queen on a desk.

“As the Queen herself did with such unswerving devotion, I, too, now solemnly pledge myself, throughout the remaining time God grants me, to uphold the constitutional principles at the heart of our nation," he said.

He ended by saying the nation, the Commonwealth and the "global community" would soon be coming together "to lay my beloved mother to rest", calling for her example to give people strength.

"And to my darling Mama, as you begin your last great journey to join my dear late Papa, I want simply to say this: thank you. Thank you for your love and devotion to our family and to the family of nations you have served so diligently all these years. May 'flights of Angels sing thee to thy rest'.

His speech was broadcast on television and streamed at St. Paul’s Cathedral, where some 2,000 people were attending a service of remembrance for the Queen. Mourners at the service included Prime Minister Liz Truss and members of her government.

From Churchill to Trudeau: the Queen's extraordinary reign in pictures

Queen Elizabeth II's death on Thursday marks an end to her record-breaking seven decades on the throne, with only France’s Louis XIV ahead of her in the history books.

During her reign, she saw 15 British prime ministers come and go, from Winston Churchill to Liz Truss, via the likes of Margaret Thatcher and Tony Blair.

The monarch met 13 of the last 14 US presidents, a total of 10 French leaders and seven popes.

The Queen also set foot in 117 countries and was the first reigning UK sovereign to visit Ireland and Russia, among others.

Here are some of the most important moments during the Queen's record-breaking reign: 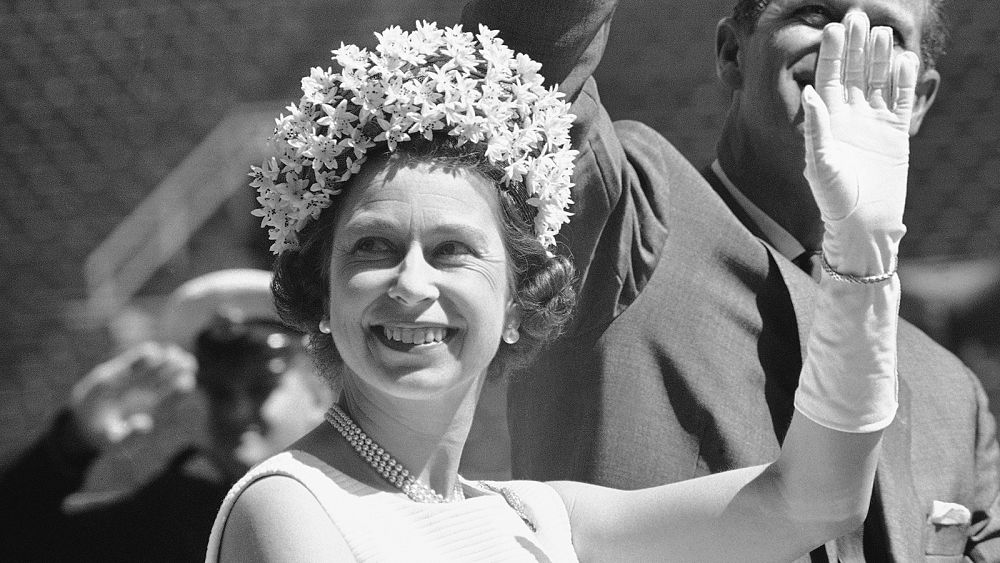 From Churchill to Trudeau, the Queen's extraordinary reign in pictures

The country was due to celebrate her 50 years on the throne this weekend, but several events have now been put off or curtailed. 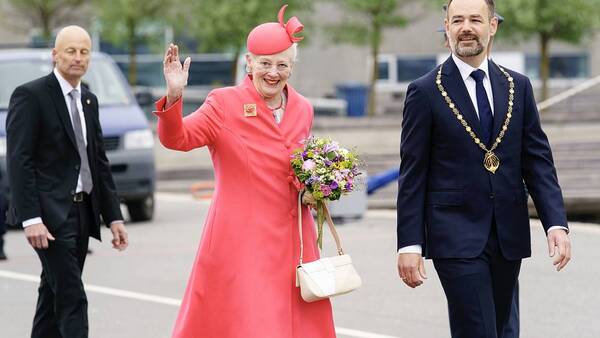 Several events marking the Danish monarch's 50 years on the throne have been put off or curtailed at her request, following the death of Britain's Queen Elizabeth.
16:27

Buckingham Palace has become the centre of the United Kingdom's grief and mourning, with thousands gathering to pay their respects to Queen Elizabeth II after she died on Thursday. 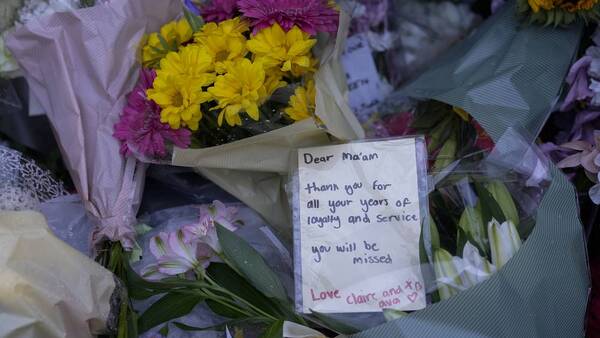 'She left a void': Tributes to Queen placed outside Buckingham Palace

Mourners from around the world gathered outside Buckingham Palace, saying Queen Elizabeth II has left a void. #EuropeNews