Heavy shelling and fighting have continued in the east and south as Russia's army attempts to establish control over the region.

Follow our blog below to see how events unfolded on Monday 25 April:

That's our Ukraine live blog wrapping up for Monday evening. We're back on Tuesday morning at 6am with the latest developments throughout the day, as the UN Secretary General visits Moscow for talks.

Officials in the embattled Ukrainian port of Mariupol say a new mass grave has been identified north of the city.

Mayor Vadym Boychenko said authorities are trying to estimate the number of victims in the grave about 10 kilometers (about 6 miles) north of Mariupol.

Satellite photos released over the past several days have shown what appear to be images of other mass graves.

Mariupol has been decimated by fierce fighting over the past two months. The capture of the city would deprive Ukraine of a vital port and allow Moscow to establish a land corridor to the Crimean Peninsula, which it seized from Ukraine in 2014.

Russian Foreign Minister Sergei Lavrov says his country will continue peace talks with Ukraine, while accusing Ukraine of "pretending" to talk, and warning of the "real" danger of a third world war.

Quoted by Russian news agencies on Monday evening, Lavrov said: "Goodwill has its limits. And if it is not reciprocated, it does not contribute to the negotiation process."

"But we continue to hold negotiations with the team delegated by (Ukrainian President Volodymyr) Zelenskyy, and these contacts will continue," he added.

Lavrov accused the Ukrainian president -- a former comedian elected to the presidency in 2019 -- of "pretending" to negotiate.

"He is a good actor (...), if you look carefully and read carefully what he says, you will find a thousand contradictions," the Russia's chief diplomat said.

In this context of unprecedented tensions between Russia and the West due to the Russian offensive in Ukraine, he warned of the "real" danger of a third world war.

"The danger is serious, it is real, it cannot be underestimated," Lavrov said, quoted by the Interfax agency.

As for the conflict in Ukraine, he said he was confident that "everything will of course end with the signing of an agreement".

Moscow is accusing Croatia of having an anti-Russian policy for failing to provide “humanitarian” passage for 24 Russian diplomats and embassy staff who were expelled from the country over the war in Ukraine.

“The inhumane, cynical attitude towards our fellow countrymen won’t go without an answer,” she added.

Croatia has followed several other European Union states in expelling Russian diplomats for the bloody Russian invasion of Ukraine.

Croatian Prime Minister Andrej Plenkovic said on Monday that Zakharova’s claims are Russian propaganda and that the expelled Russians already left the country, probably via neighboring Serbia. He added that Russia “attacked Ukraine, which is our friendly country, killed women and children and we responded to it like most other countries.”

Ukraine's foreign minister says he wants the UN to broker a deal with Russia to evacuate trapped Mariupol residents, but warns the UN Secretary General not to fall into the Kremlin's diplomatic 'trap'. 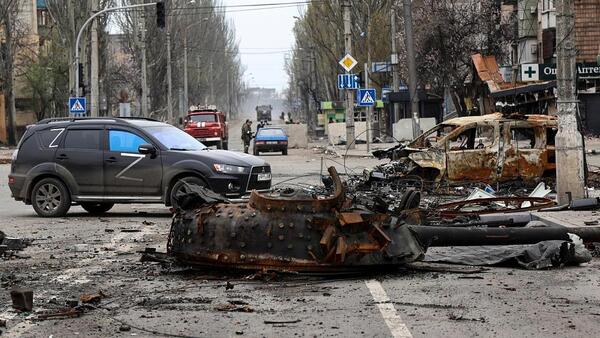 Authorities in Russia have updated the death toll from a fire last week, which badly damaged a military research facility.

The regional government in Tver, said on Monday that 17 people were confirmed killed in the blaze, and that so far only five of the victims had been identified.

The fire at the Central Research Institute for Air and Space Defense of the Russian Defense Ministry in Tver, a city about 180 kilometers northwest of Moscow broke out on Thursday and it took authorities a day to extinguish.

Officials previously said six people had been killed, with 27 injured and 13 of them hospitalized.

The cause of the fire wasn’t immediately clear.

The research institute was involved in the development of some of the state-of-the-art Russian weapons systems, reportedly including the Iskander missile.

Police in the breakaway Moldovan region of Transnistria say several explosions believed to be caused by rocket-propelled grenades hit the Ministry of State Security on Monday.

No injuries were immediately reported. The Interior Ministry said in a Facebook post that some of the building’s windows were broken and that smoke was coming from the structure.

Transnistria, a strip of land with about 470,000 people between Moldova and Ukraine, has been under the control of separatist authorities since a 1992 war with Moldova, but also has a sizable ethnic Ukrainian population.

Russia bases about 1,500 troops there nominally as peacekeepers, but concerns are high that the forces could be used to invade Ukraine.

A senior Russian military official said last week that Russian forces aim to take full control of southern Ukraine, saying such a move would open the way to Transnistria. 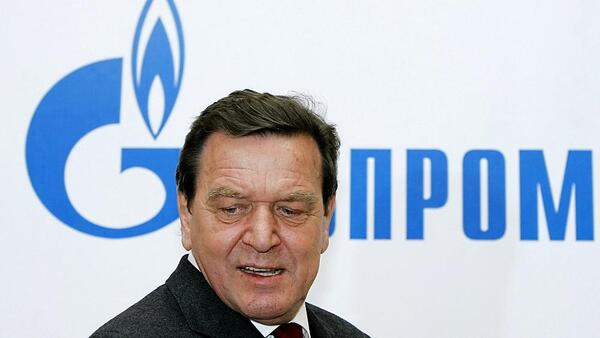 The Polish military is buying short-range surface-to-air missile systems, with the first two units to be fast-tracked for delivery.

The Narew anti-aircraft missiles have a range of about 25 kilometres and the Polish military will acquire 23 of the systems from the UK subsidiary of the European consortium MBDA, in a deal reportedly worth between 11 billion and 15 billion euros.

The agreement covers the integration of MBDA-produced launchers and missiles with the radio-location station and the communication and control system manufactured by the Polish defence industry.

Poland is still using old Soviet-designed anti-aircraft systems, but has accelerated the purchase and deployment of modern weapons since Russia's invasion of Ukraine.

In 2018, Poland purchased two US long-range Patriot surface-to-air missile systems, which are due for delivery this year.