Many Florida residents woke up to find cold-stunned iguanas in their backyards and on the side of the road after a cold front swept the sunshine state.

Palm Beach journalist, Frank Cerabino tweeted a picture of a frozen iguana he found by his poolside that quickly went viral.

Local media reported temperatures dropped as low as 5 degrees Celsius in some parts of South Florida on Thursday (January 4).

Iguanas like other reptiles are cold-blooded and depend on the outside atmosphere to keep warm.

When temperatures drop below a certain temperature, the iguana’s blood flow slows down and they become frozen.

The iguanas’ bodies slowly come back to life when the weather gets warmer. 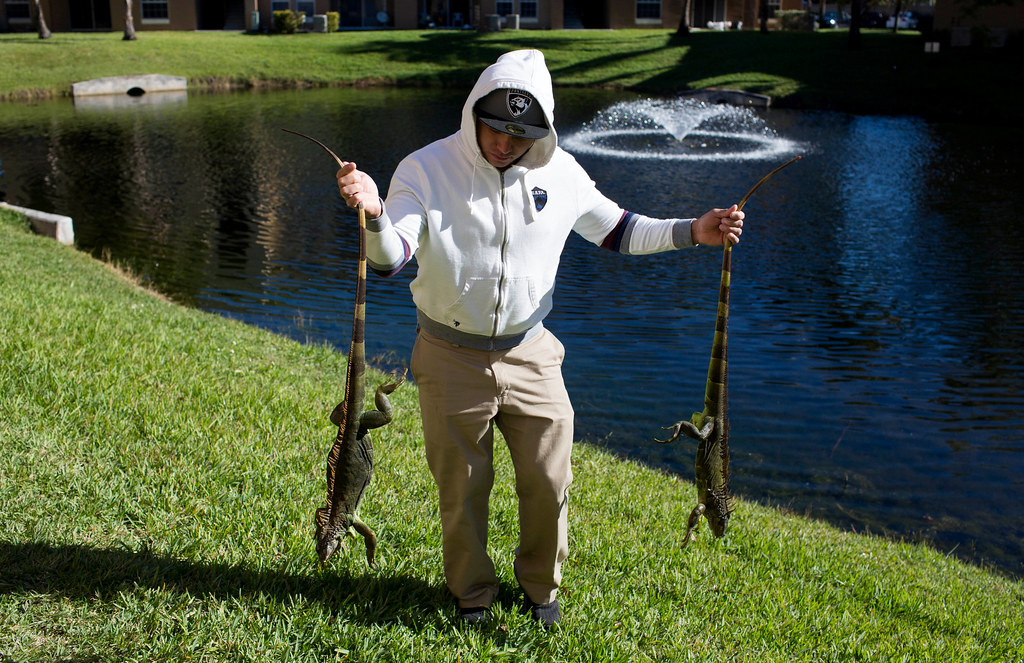 These iguanas were found near a local pond in Lake Worth, Florida.