Newly released satellite images show the destruction by ISIL militants of the Bel Temple in the ancient Syrian city of Palmyra.

The images, obtained from social media are thought to be credible. They show the Bel Temple partly destroyed and the Baal Shamin temple razed to the ground. 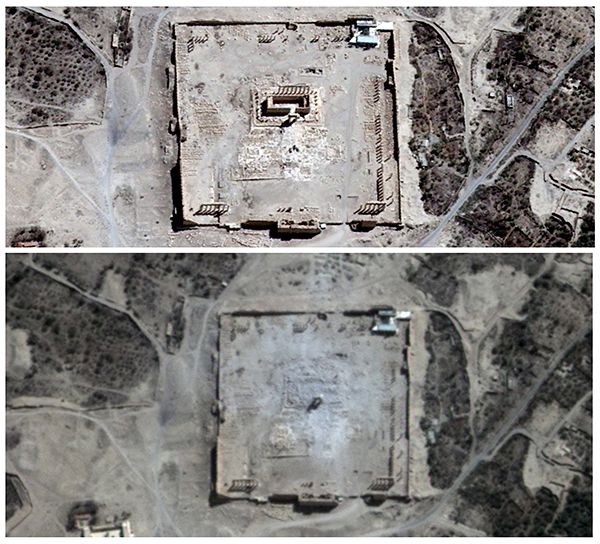 ISIL seized Palmyra in May .. the first time the group has taken a city directly from President Bashar al-Assad’s army and allied forces.

The city’s monuments were put on UNESCO’s World Heritage in danger list in 2013.

Although ISIL has seized large chunks of Syria, the areas it holds are mostly sparsely populated.

The group also caused uproar over its destruction of ancient sites and relics in Iraq.