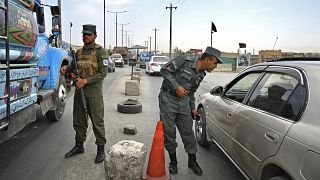 Police tightened security in Kabul as the lightning Taliban offensive continued to close on Afghanistan's capital.

Insurgents have captured much of north, west and southern Afghanistan less than three weeks before the United States and the NATO coalition withdraw the last of their troops, raising fears of a full militant takeover or another Afghan civil war.

Thousands of Afghans and other travellers fled the country on flights from Kabul International Airport.

Tickets for flights out of Afghanistan have been scarce ever since the Taliban took control of several of the country's provincial capitals over the past week.