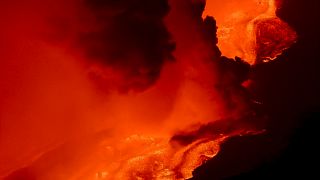 The eruption, marked by spectacular displays of flowing lava, led to the temporary shutdown of Catania airport in Sicily, a frequent occurrence when Etna is in an active phase.

The areas around the crater were secured on Tuesday but there were no reports of injuries or fatalities.