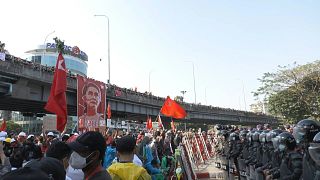 Anti-coup protesters across Myanmar defied a new military ban on rallies and took to the streets Tuesday for a fourth straight day, as international condemnation swelled against the putsch.