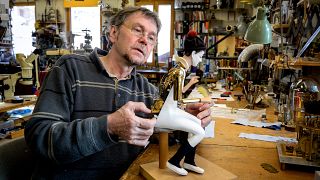 The region's historical pre-eminence in a field combining science, art and technology has also been given a boost by the United Nations.

In December, the craftsmanship of mechanical watchmaking and art mechanics in the Juras were jointly added to UNESCO's Representative List of the Intangible Cultural Heritage of Humanity.