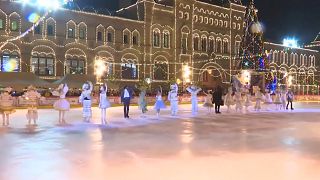 She was later joined by Alina Zagitova, another World and Olympic champion in figure skating.

It's now the 14th season the rink has opened its doors to the public.