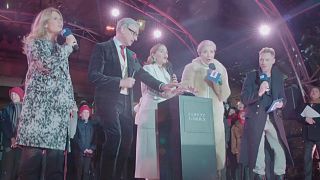 The film "Last Christmas" was inspired by Michael's solo tunes and hits from his Wham! days and is about a woman (Clarke) working as an elf in a Christmas shop.

One of the best-selling artists of all time, Michael, died at his home on Christmas Day 2016, aged 53. A coroner said he died of natural causes.