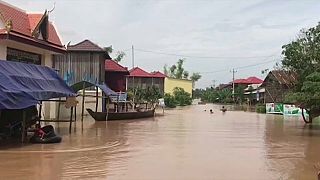 Eleven people, including two children, have died and 10,000 families have been evacuated across 14 provinces in the past 10 days due to severe flooding, Kun Kim, president of Cambodia's National Disaster Management Committee, said on Wednesday.