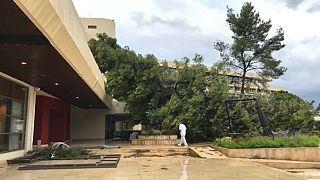 Vehicles were overturned, trees uprooted and roofs torn from houses.

Two Russian nationals, a man and young boy, were also killed after they were caught under a collapsed tree.