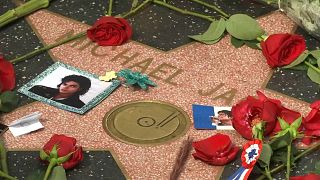 Michael Jackson fans descended on Hollywood not only to celebrate the tenth anniversary of his death but also to proclaim his innocence after the HBO documentary 'Leaving Neverland' earlier this year accused the global superstar of child abuse.

Jackson died at his Los Angeles home after an overdose of the powerful anaesthetic propofol, which he was using as a sleep aid. His doctor, Conrad Murray, was convicted of involuntary manslaughter at a 2011 trial.