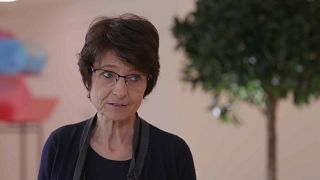 The European Union has prepared contingency measures to ensure that British citizens will be able to work inside the bloc - even in the case of a no-deal Brexit.

However, the EU Commissioner for Employment, Marianne Thyssen, told Euronews’s Business Editor Sasha Vakulina that the measures would not be as far-reaching as those contained in the Withdrawal Agreement that’s been rejected by the UK parliament.

But she says the measures could not cover areas of social security which require close cooperation with the United Kingdom.

“If we go to a Hard Brexit it means that the UK steps out without having an agreement on the way we will handle all of this. Then it is difficult to assure people that they have all their social security covered when they are mobile and that they can still combine the different systems. And what we have always said as the European Commissioners - we don't want citizens to pay the price for this.

“You are limited because we are not in a normal situation. We can't make contingency measures that replicate what was going to happen if the Withdrawal Agreement was ratified. So let's see, I still hope for the best, no Brexit at all. But I'm dreaming probably. An orderly withdrawal that at least we can organise things. All the rest. the contingency measures, are really there because it is the only thing we can do at a certain moment and at a certain situation.”