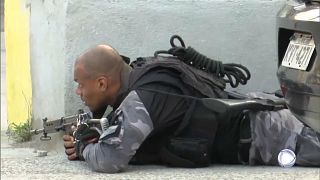 Brazilian police killed at least 13 suspected drug traffickers on Friday in a shootout in a shanty town in Rio de Janeiro.

A police spokesman said the confrontation broke out when the officers were met by gunfire as they entered an area where the suspects were hiding.

Officers seized drugs, rifles, guns, and ammunition during the operation.

No police were injured.

Brazil's new far-right president, Jair Bolsonaro, campaigned with promises to crack down on rising crime in the country, saying that police who kill criminals should be given medals, not face prosecution.