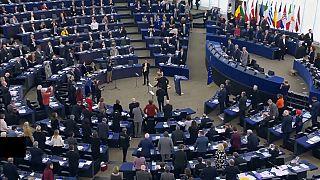 MEPs on Tuesday celebrated the 20th anniversary of the euro during a plenary session in Strasbourg.

The single currency is shared by 19 of the European Union's member states.