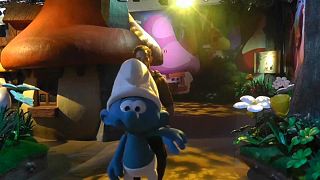 The Smurfs, those blue cartoon characters, are expected to take their 60th anniversary celebration show on tour in 2019.

Throughout this year fans have been exploring an interactive show in Brussels called "The Smurf Experience" , which takes visitors on a journey into the lives of the unique, small characters and their enchanted world.

The exhibit boasts nine rooms, including the Smurfs' village, a cage where evil sorcerer Gargamel wants to imprison them, as well as an array of sound and video presentations.

The Smurfs were first introduced as comic book characters in 1958, created by Pierre Culliford, who used the pseudonym "Peyo."