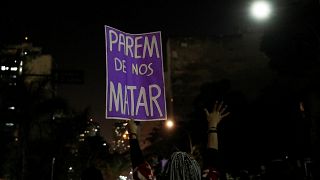 In Sao Paulo, several thousand marched along the central Paulista Avenue, many draped in rainbow flags and holding signs against fascism.

Bolsonaro's victory moved Brazil, the world's fourth-largest democracy, sharply to the right after four consecutive elections in which candidates from the left-leaning Workers' Party won.

Like other right-leaning leaders, who have risen to power around the globe, Bolsonaro built his popularity on a mixture of often outrageous or offensive comments and hardline positions