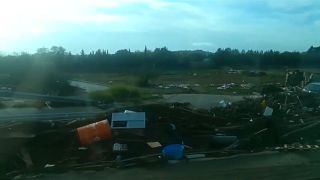 Rescue and recovery efforts continue after deadly flood in Mallorca

Videos uploaded to social media on Wednesday (October 10) showed debris strewn on an empty beach and cars abandoned by the side of a road.

At least another nine people were still missing after the downpours, local media reported, though emergency services declined to confirm that figure.

The regional government called an emergency meeting and authorities said rescue workers and military units were heading to the area to help in the aftermath.