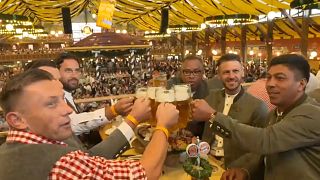 The player made the remarks at Oktoberfest celebrations in Munich, where he also admitted his German improved "after beer".

Oktoberfest takes place annually in Munich, Germany. The 2018 edition started on Saturday and will go on until Sunday (October 7).