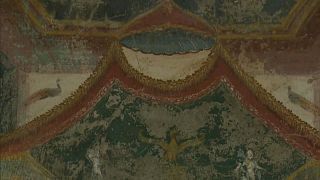 Majestic Roman villa to reopen to the public after restoration

An ancient Roman villa in Positano (Salerno), buried like Pompeii in 79 AD by the eruption of Vesuvius volcano, will reopen to the public on August 1st after a long restoration.

The Villa is located below the church of Santa Maria Assunta; in front of the sea at a depth of 10 meters.

The villa is considered the largest archaeological discovery in the Amalfi Coast; it was rediscovered in 2003 although records of its existent date back to 1758.