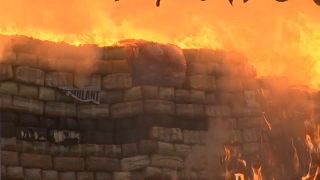 Myanmar authorities destroyed a year's worth of confiscated drugs on Tuesday, with an estimated street value of US$180 million.

The drugs were destroyed by burning in three cities, including Yangon, where drugs with a street value of just over $66 million were disposed of.

Myanmar has long been a blackspot in the fight against the illegal narcotics trade, remaining the second-biggest producer of heroin.

The problem stems from decades of warfare between government forces and guerrillas, who control significant swaths of territory in remote areas.