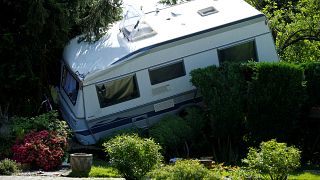 Several houses were severely damaged while dozens of trees fell on cars, forcing police to cordon off roads to the town of Boisheim, a district spokesman said.