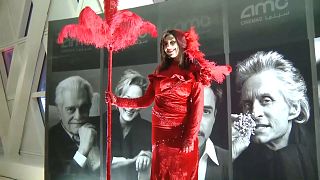 Saudi Arabia opened its first cinema complex in more than three decades in Riyadh on Wednesday, with a screening of the 'Black Panther' superhero movie drawing in a large audience after a the 35-year-ban on cinema theatres in the country was lifted.

The historic opening was heralded as a gala event, hosting prominent local and international guests.