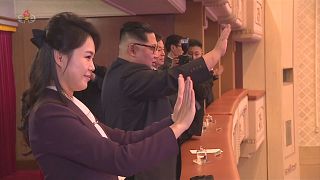 North Korea's state-run television KRT on Monday (April 2) broadcast video footage of leader Kim Jong-un watching South Korean K-pop singers perform in the North for the first time in more than a decade as tensions between the old rivals thaw.

The event on April 1 was the first time a North Korean leader had attended a South Korean performance in the capital.

Kim had been planning to attend the Tuesday (April 3) performance but decided to watch Sunday's show due to "political schedules", KCNA and South Korean officials there said.