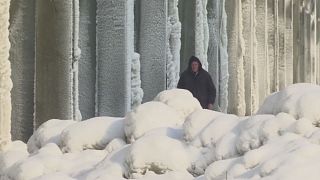 A spokesperson for Kosovo’s energy corporation has said a power plant in Obiliq is running near to full capacity despite reports of power blackouts.

As temperatures plummeted to -25 C (-13 F), there were power cuts reported in many areas due to cables freezing and other problems with infrastructure.

Meteorologists say it is the coldest weather since 1963, after temperatures dropped to -32.5 Centigrade in the eastern city of Gjilan.