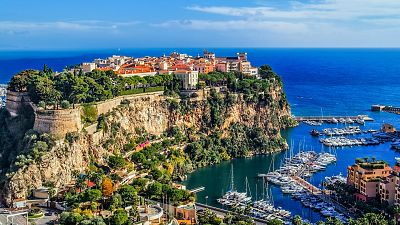 The world’s second smallest country is well known for its casinos, fast cars and glamorous residents - including a handful of Formula One drivers and the Beatles drummer Ringo Starr. But there’s a lot more to Monaco than first meets the eye.

A principality situated in the heart of the French Riviera, Monaco has been ruled by the Grimaldi family for the past 700 years. Prince Albert II took to the throne in 2005, taking over from the long reigning Prince Rainier III who famously married Grace Kelly in 1956.

While it may be small in size - it’s actually smaller than New York’s Central Park - Monaco packs a lot into its 1.95 sq km

While it may be small in size - it’s actually smaller than New York’s Central Park - Monaco packs a lot into its 1.95 square km, including around 38,000 residents, only 9,000 of which are Monegasque citizens. Unsurprisingly, due to the luxurious lifestyles of its residents, Monaco’s citizens also have the longest life expectancy in Europe.

There’s plenty to do in Monaco, even if you haven’t got the bank balance of a prince, however.

With so much history and 300 days of sunshine a year, there are many reasons to visit this tiny country, whether you’re on a day trip from Nice or staying in one of the principality’s decadent hotels.

Here’s a rundown of our favourite places to visit in this charmingly compact country.

What are the travel restrictions for Monaco?

As of the 12 October, rules on mask wearing in Monaco have been relaxed slightly. Masks are no longer mandatory in outdoor public spaces other than in certain circumstances, but must be worn in all indoor public spaces.

Depending on the country of origin, visitors may need to provide a 'sanitary pass', which includes a PCR or Antigenic Test taken in the last 72 hours. More information can be found here.

Tourists may need to present their vaccine passports in order to eat inside restaurants and bars.

As many visitors will be travelling through France to reach Monaco, it is important to be aware of France’s travel rules too, which can be found here.

If you love fine dining and global cuisine, then Monaco is the perfect destination for you.

“In Monaco you can pamper yourself, you can really indulge. You have seven Michelin starred restaurants and many very different kinds of food,” says Guy Antognelli, Director of Tourism for the Monaco Government.

Alongside the fine dining options, if you want to see how Monaco’s 9,000 citizens live, then head to the Marché de la Condamine. It is open daily serving local bread, vegetables and other delicious delicacies. There’s a food court inside too, so you can stay and eat your lunch while watching the world go by.

If you want to try a true taste of Monaco, there’s even a locally grown and produced orange liqueur called ‘L’ Orangerie’ that is made from the bitter oranges that grow on Monaco’s boulevards.

If you want to try a true taste of Monaco, there’s even a locally grown and produced orange liqueur called ‘L’ Orangerie’ that is made from the bitter oranges that grow on Monaco’s boulevards. The liqueur was first distilled by Irish businessman Philip Culazzo in 2017, and the oranges have been handpicked by the distillery every year since.

For such a small country, Monaco has more parks, gardens and trees than you’d initially think. In fact 20 per cent of its territory is green space. This includes the delightful Exotic Garden, built on the side of a cliff, which brings together succulents and cacti from around the world.

If you’re feeling brave, under the garden - though still a 100 metres above sea level - there’s even a prehistoric cave to explore, complete with bone fragments and stalactites.

If you prefer your tourism a little less spooky, then you can head to the Oceanographic Museum. Built in 1912, Monaco’s aquarium has evolved into so much more than a giant fish tank. Now “there’s a rehab centre for sea turtles,” says Antognelli, as well as an art and science museum within the complex too.

While Monaco can’t be described as a beach destination, it does have one public stretch of sand, Larvotto. A man-made beach with soft white sands and clear crystal waters, it is perfect for a dip. There are plenty of restaurants and eateries around too, for when you’ve worked up an appetite.

If you’re interested in fast cars and Formula One, there’s no better place to be.

“We have three Grand Prix. Two weeks before the Formula One there is Formula-E, and also a classic car Grand Prix in mid May,”says Antognelli.

“The biggest group of people coming are people from Great Britain and Australia, and they are competing with classic cars from the 1930’s on the track of Formula One.”

All three Grand Prix take place in May, drawing huge crowds of the rich and famous. Many racing stars have also made their homes in Monaco, thanks to the sunny weather, including Lewis Hamilton and Charles Leclerc, who was born in the principality.

If classic cars are more your thing, then there is a permanent exhibition of the Prince’s vehicles, including sports cars and automobiles from the dawn of driving.

If classic cars are more your thing, then there is a permanent exhibition of the Prince’s vehicles, including sports cars and automobiles from the dawn of driving. The collection can be found on the Terrasses de Fontvieille and contains over 100 different vehicles, including Formula One winners. There are even some that were owned by Princess Grace of Monaco too.

2. The Prince’s Palace and Princess Grace of Monaco

Home to Europe’s longest ruling royal family, it would be rude to visit Monaco and not go to the Prince’s Palace. If you can go depends on when you visit though, as it is still the official home of the Prince and closed when he is in residence.

Open from April to October, the palace closes for the rest of the year. If you visit Monaco during this time, you can also learn about Hollywood actress Grace Kelly who became Princess Grace of Monaco in 1956.

You can visit the state apartments where she once lived, or if you’re feeling flush, head to Monaco’s shopping boulevards and buy yourself a Hermes ‘Kelly Bag’ named after the Princess herself.

A visit to Monaco wouldn’t be complete without seeing the casinos. But don’t worry if you’re not a high roller, you can just visit the bar.

Place du Casino, a large and beautifully manicured square is where you’ll find the country’s gambling establishments. Two are currently open, with the uber-glamorous Casino de Monte-Carlo the most well known. In fact, it’s thought that Ian Fleming based his first James Bond novel Casino Royale on this very location. The Café de Paris sits close by with a panoramic terrace for breakfast, lunch and tea.

“You can enter the casino only to visit if you want. There is a bar inside, so you can go to the bar of the casino,” says Antognelli.

“There is an area for people who only want to try, and after that there is the private casino, with European classic style gambling, roulette and table games where you can gamble more.”

To up the ante, the nearby Hotel de Paris Monte Carlo - the first hotel to offer hot water to its guests - has been used as a location in several James Bond films. Antognelli says it has been fully renovated in recent years.

“Monaco is transforming itself, we are transforming Monaco but we really want to keep our DNA. So we have restructured The Hotel d’Paris for the last four years.

“So if you come now, you’ll see it and say ‘that’s the Hotel d’Paris, nothing’s changed.’ In fact it’s completely new, we only keep the front side of the palace and the historic parts. But all the other parts of the hotel were rebuilt completely.”