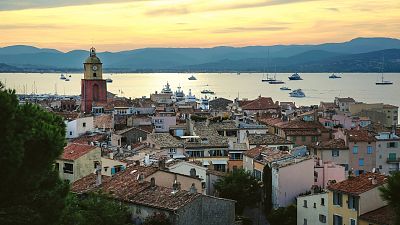 From Ibiza and Mykonos to Miami and LA, sunshine destinations like these have long been top of the list for electric music fans. But what about France's upmarket town of Saint-Tropez?

Recently, the COVID-19 pandemic has had an interesting effect on Saint-Tropez’ music scene, placing the resort in the French Riviera firmly on the maps of partygoers.

"This is the biggest season that I've had in recent years," says Maxime Drouard from No Sleep agency, who has been working at Shellona beach club on Pampelonne beach in Ramatuelle.

"Culturally, Saint-Tropez is going through a very interesting moment because it has a musical offering that it never had in the past. It's now positioning itself amongst the big places in the world."

It's now positioning itself amongst the big places in the world.

Drouard continues, "Normally there are a few meetings throughout the year and DJ's would go to Miami or Barcelona. Now they add Saint-Tropez to their calendar because we have a proper offering with the beach clubs and on these days you get four or five international DJs playing at the same time."

It's what he calls a “big cultural evolution,” as people here weren’t used to this kind of music before.

Drouard was one of the first to bring big DJs to the town, and this year he has reaped the rewards. “With other places like Ibiza and Mykonos closing, people came here that we didn't have before. Now in our parties, we see some familiar faces and Saint-Tropez has been added to their travel planning."

Although, he admits that most people currently coming to Saint-Tropez are from Paris, or the rest of France, so mainly local tourism.

The main difficulties for music promoters and event organisers involve putting on these big events. "Tourism is back on track, but the event side is not so much," says Drouard.

"We all thought that as soon as the doors of the parties opened, people would rush in and pack out the places. But it's not being like this. People are a little bit scared to go out, especially in these places where people are concentrated."

Drouard thinks the strict enforcement of the Health Pass in France is a good thing.

“We are now in the middle of a situation where some people want to be vaccinated and get that sanitary pass for their health and some others just don't want it."

"So should we oblige the others that don’t?" Drouard asks himself.

"I don’t really agree, but here it's one of the places in Europe where it's the strictest. You can be asked for your sanitary pass when entering a bar, a terrace, you will be asked for it.”

The ever-changing restrictions have meant many working in his industry are "on a thin wire,” as events can be cancelled any time.

“There's a club in town that was shut down for a week recently, and some others weren't allowed in Saint-Tropez because they didn't do things correctly."

This season is going well but it's nothing compared to the numbers they’d run most years. “It’s still very risky,” says Drouard.

We have new people, Saint-Tropez is getting the hype.

However, the secondary effects of COVID closing hotspots like Ibiza have had a positive effect on the town. According to Drouard, "We have new people, Saint-Tropez is getting the hype."

But the electric music scene is here to stay, he concludes. "Now people are used to coming here and seeing a big DJ and this is the new dynamic here - so good for us right!"