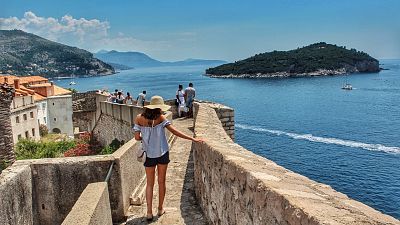 Bulgaria and Croatia are the latest European countries to join the UK’s green list of quarantine-free destinations this summer.

From 4am BST on 19 July, people travelling to either country will be expected to take a pre-departure and post-arrival COVID-19 test, where quarantining will only be required if either test comes back positive.

They join the 29 destinations in total that have green status in the UK, including Barbados, Gibraltar, and Iceland.

It’s not all bad news for those dismayed by the government’s Balearic Islands U-turn - those dismayed by its reclassification as an amber-list destination now have two extra European holiday spots to choose from.

Here’s what you need to know about visiting the two latest additions to the UK green list.

Sitting within the eastern Balkans, Bulgaria offers a varied assortment of trips for holidaymakers of all tastes. The number of people wanting to explore its buzzy cities and tranquil beaches pre-COVID reached a peak of 13 million individual visitors in 2019.

Travellers are likely to fly into the airport of its gorgeous capital, Sofia, or arrive into the Black Sea’s Burgas and Varna for the more beach-inclined.

One of the first things any seasoned explorer of the Balkans will stress to you is that food and drink in Bulgaria is ridiculously cheap, no matter where you go. Pints of beer and glasses of wine can be found in the famously vibrant resort of Sunny Beach for as little as the equivalent of €1, while a three-course meal for two at one of Sofia’s dazzling city restaurants barely grazes €30.

Those already well accustomed to visiting the capital might want to try Plovdiv, the country’s second largest destination for city living. Plovidiv is most notably home to Bulgaria’s very own Roman City, with monuments and amphitheatres dating back to the first century.

Ample museums, cultural events, and patchworks of historical architecture come together to create a hub of activity for those that like a jam-packed stay.

Bulgaria is also a little known treasure trove of some of Europe’s best ski-resorts. Everyone from first timers to experienced piste obsessives are welcomed at Bansko, Borovets, Pamporovo between December and March each year.

Croatia: sunshine, Game of Thrones, watersports on the Dalmatian coast

The Adriatic’s very own haven, Croatia is an exceptional choice for getting the best of Europe’s sun. Don’t believe us? Just ask the near 20 million people that visit annually.

Tourists can expect 12-13 hours of pure sunshine in the summer months, exceeding that of many of the Mediterranean’s prime locations across Italy and Greece.

Naturally, this leads people to the country’s unspoilt beaches, and by extension, trips to one of the 79 islands (and about 500 islets) dotted along the Dalmatian coast. Hvar, Brač, and Korčula are all big winners on this front, with delectable amounts of locally sourced food and wines to enjoy while you overlook crystalline waters.

Beautiful coasts exceeding 1,000km also draw in water sports enthusiasts from across the continent, a prime stretch of sea for sailing, scuba-diving, even bungee-jumping.

More inclined towards exploring on land? Much of HBO’s crown jewel Game of Thrones was filmed in Croatia’s southern city of Dubrovnik, which provided the setting for King's Landing and Qarth. Producers of the fantasy megahit were drawn to the walled city’s striking stone structures that survived a rapturous earthquake back in the 17th century.

It’s home to an ample list of other film and television locations for the same reason.

Inside the first hotel in the Europe to take cryptocurrency payments