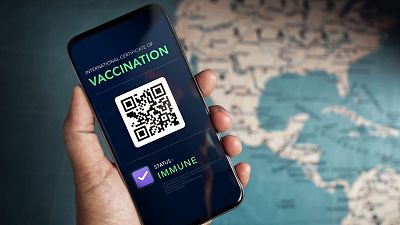 A new set of recommendations outlining the required features of vaccine passports has been issued by the United Nations’ World Tourism Organisation (UNWTO).

The suggestions arose in response to the approaching summer months in the Northern Hemisphere, where the committee stresses an “urgent need to restart tourism”.

There are hopes a strong season of tourism aided by COVID-19 certification will counterbalance the loss of 100 million jobs in the travel sector.

Most importantly, the UNWTO says its member states will be expected to make all COVID-19 travel certification “free, universally available and non-discriminatory.”

The proposals additionally ask countries to:

It also stresses that international powers should deploy “a high degree of solidarity towards less advantaged countries” when it comes to testing and vaccination efforts. This could prove important in recognising the inaction that contributed recently to India’s largest spike in cases.

Countries are not legally bound by this list of recommendations, but are expected to do so as part of their UN membership.

“We hope that this recommendation will provide a global ethical framework that will aid the much-needed recovery of tourism,” says Chair of the Tourism Ethics Committee Pascal Lam, who added his positivity is “increasing rapidly” towards the future of summer travel.

He regards any financial barriers surrounding an individual's access to COVID-19 certification to be a “serious discrimination” for those whose livelihoods have suffered over the past year.

Which countries in Europe have vaccine passports planned?

Over half of the populations of the UK, Malta, Hungary, Serbia, and Iceland have been vaccinated in Europe.

So far, countries in the continent have been left to their own devices when it comes to setting out conditions for domestic and international travel. However many countries are set to use the Digital Green Certificate being developed by the EU.

More countries are likely to be added to this list with time.

Bilateral agreements between countries have ensured the creation and promotion of red/amber/green list schemes to stimulate tourism within the parameters of positive vaccination progress.

Airline initiatives like the IATA travel pass seek to streamline vaccination and testing confirmation in one universal app, currently being trialled by the likes of Emirates, Vueling, and Virgin Atlantic.

For an up-to-date list of travel restrictions you can head here.

'Rethink or avoid international travel' says WHO, despite vaccinations