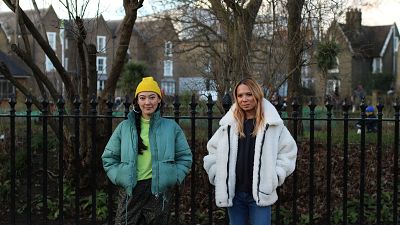 “Go back to your country” or “you don’t belong here” are just some of the choice words Lex Shu Chan has been subject to since moving from Hong Kong to the UK for their studies almost 20 years ago.

“One particular incident that I remember is having chicken bones hurled at me by a group of drunk men as they aggressively recited items off a Chinese takeaway menu” 38-year-old Lex recalls.

Claire Sachiko Fourel, 36, from London, tells a similar story. “I grew up in the UK and have been told things like ‘get back on the boat’, or have people aggressively mime ‘slitty eyes’ at me on the street. I have been spat at, asked if I was allowed to work in the UK. While I was at university, I was told that I was undateable because I wasn’t white by a fellow student, while on the other end of the spectrum experienced being sexually fetishised from around the age of 12 by random strangers due to the geisha trope.”

The outburst of the COVID-19 pandemic brought these oft-buried memories back to the surface. “Save for a few close friends, I had never discussed this until the recent surge of pandemic hate crime,” says Lex, “I have come to realise that these were words many of my Asian friends have heard before.”

As COVID-19 spread across the world, another more insidious pandemic has also been developing: anti-Asian racism, due to the geographic provenance of the virus.

And these do not include the numbers of hate crimes that have gone unreported.

This trend is unfortunately not specific to the UK. The world’s attention was brought to the dramatic anti-Asian hate crime surge when eight people were killed – six of them women of Asian descent – in a series of mass shootings in Atlanta, USA. A recent study published by the Centre for the Study of Hate and Extremism at California State University has shown that anti-Asian hate crimes soared by almost 150 per cent in 2020 in the United States.

When they met at Law school in 2005, Claire and Lex bonded over a shared love of food and tales of what food meant to them growing up with their respective Asian heritages. Over the years, together the two friends have hosted supper clubs, music events, and got to know many of the Asian and Asian-influenced restaurants across London.

Like many people around the world, they turned to home cooking as a source of comfort and solace during the various lockdowns, experimenting with different cuisines and sharing their creations via social media. As the year went by, they watched in horror the rise in anti-Asian hate crimes and decided they needed to do something about it.

Both Claire and Lex work on social justice and diversity issues in their day jobs as lawyers, and wanted to use their skills to highlight the rising racial injustices, while bringing people together through food and positive shared experiences.

“We noticed that the pandemic was creating physical and emotional distance, where people were becoming disconnected and fearful. This combined with misinformation was leading to “othering” and racism. We also saw that people were turning to food and meals as the only bright patch in their day, and we realised just how powerful and positive food could be as a vehicle for change.

“Activism can come in many forms, and food can be a tool for positive storytelling and cultural exchange in order to challenge ‘othering’ and celebrate multi-ethnic and multi-cultural identities and heritage,” Claire and Lex explain.

Cooking as a form of activism

That’s how the idea of “Recipes against Racism” came to life. The online cookbook - which can be downloaded in exchange of a recommended minimum donation of £10 - brings together recipes from the best of London’s Asian and Asian-influenced restaurants, supper clubs and chefs, who responded with enthusiasm and generosity to the duo’s call to action.

From Atsuko’s Kitchen, the cooking school in the famous flower market area of Columbia Road in Shoreditch, to Lucky & Joy in Clapton, to Bian Dang a street food stall which sets up in various markets across London, the cookbook explores recipes from the diversity and breadth of the Asian foodie scene in London.

It’s a city which has been a melting pot of so many cultural identities for thousands of years.

Now from the comfort of their homes, as many are still experiencing lockdown restrictions, people can try making their favourite recipes and discover new ones. Braised Pork Belly, Oil Blanched Red Mullet, and Pineapple Fried Rice are among the 20 recipes included in the cookbook.

Claire and Lex believe not only in the power of food to build bridges, but also in its capacity to foster conversations and lead to mobilisation, “we also wanted people who consume and love Asian culture and food to be a part of the dialogue for standing up for Asian rights,” says Claire.

Find out more about “Recipes against Racism” here.