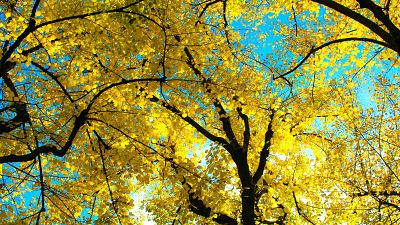 Gardens of the World in Berlin has been designed to help people escape from the strains of the pandemic   -   Copyright  Unsplash
By Sarah Palmer  •  Updated: 17/11/2020

In the absence of most international travel right now, one park in Berlin is giving people in Germany the opportunity to explore the world through plants.

Originally built in 1987 in what was then East Berlin, Marzahn Recreational Park was designed to commemorate 750 years since the founding of Germany’s capital.

After the fall of the Berlin Wall, the park became disused, tucked away in the Marzahn district - until it was reintroduced to the city in 2017 for the International Garden Show.

In 1994, the city received a gift from its partner town Beijing: a small Oriental garden. It was decided that it should be installed in the Marzahn park. This first venture into the ‘Gardens of the World’ project sowed the seed for what has now become a unique experience for residents of Berlin and beyond.

In a league of its own

According to Beate Reuber, who has worked at GruenBerlin for 30 years, the scale of this project is what makes it unique. The garden offers plants from a multitude of countries around the world, some historic, some traditional and some contemporary.

Designed with escapism in mind, GruenBerlin hopes that the garden will help those struggling with the effects of the coronavirus pandemic.

Safety measures are in place, including mask-wearing inside, and social distancing between different households.

The Gardens of the World is open every day from 9 AM CET until dark. Tickets cost €4 for adults and €2 for children.

Guaranteed no-quarantine trips to the Caribbean have been launched