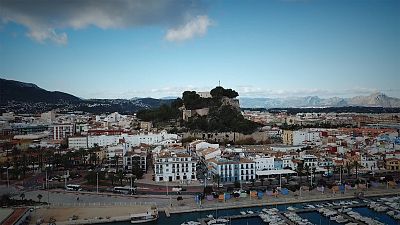 Since its foundation more than 2,000 years ago, Valencia has been fiercely contested. The Carthaginians, Goths, Muslims and Christians all settled here, eager to exploit this fertile land, which today still provides an abundance of fresh produce.

The Valencia and the surrounding region's farms, wetlands and coastal areas have enabled Valencia's top chefs - who collectively hold 20 Michelin stars - to incorporate both tradition and an avant-garde style into their menus.

One of the very best, is Alejandro del Toro. While food and the kitchen have always played a central role in Valencian culture he says many local chefs are now attempting to push the region's traditional culinary boundaries.

"Before they used to cook in a very traditional way but now modern chefs have to learn what to do with rice. For example, what structure it has, what are the molecules, how to use starch. This is evolution. That's progress and not purely tradition," says del Toro.

Alejandro grew up making rice dishes with his grandmother but insists he is always looking for new ways to reinvent the wheel.

"In order to attain something avant-garde, it is key to start from a point of tradition. The avant-garde is a natural evolution from what was formerly done. For example, we take traditional Valencian boiled vegetables and crush them. We crush the green beans and top it off with light carrot foam. We're looking for a more balanced and more visual dish," says del Toro.

Such innovation is testament to Valencia's new gastronomic wave, but tradition still holds strong here. Paella is probably the region's most internationally recognised dish. Toni Montoliu prefers to do things the old fashioned way, cooking over a wood fire.

"To cook an authentic Valencian paella I use my own produce, taking it from the field to the table. The most important thing when cooking a paella is to use fresh raw ingredients. We also use a special variety of rice called bomba from El Palmar," he says.

Juan Valero's rice farm in El Palmar grows around 10 different types. His goal is to promote those varieties and the culture around rice.

"Rice is still not well known. We need to build a culture around rice, just like wine or olive oil. We're working on that, on teaching others about the various rice varieties, when they should be used and why to choose one instead of another," Valero says.

The sea also plays a huge role in Valencian gastronomy. The region has a great seafaring tradition. Denia, which is located south of Valencia, is part of the UNESCO Creative Gastronomic Cities Network.  Thanks to the efforts of the town's local fishermen and restaurants, the town is seen as a foodie heaven and a model of gastronomic excellence.

“It's mainly coastal fishing here in Denia. We fish many species, around 100 in a year but our principle catch is shrimp. Previously restaurant owners bet on this product, and it worked well, it sold well and actually this is where the name of Denia shrimp comes from. What we try to ensure is the produce doesn't lose its quality from the moment it is caught until the moment it arrives at the fish market, " says Mayor Juan Antonio Sepulcre.

Together with other Valencian chefs, like Ricard Camarena, Susi Díaz or Raul Resino, he embodies the innovation and avant-garde style of Valencian cuisine which respects tradition but continues to evolve.