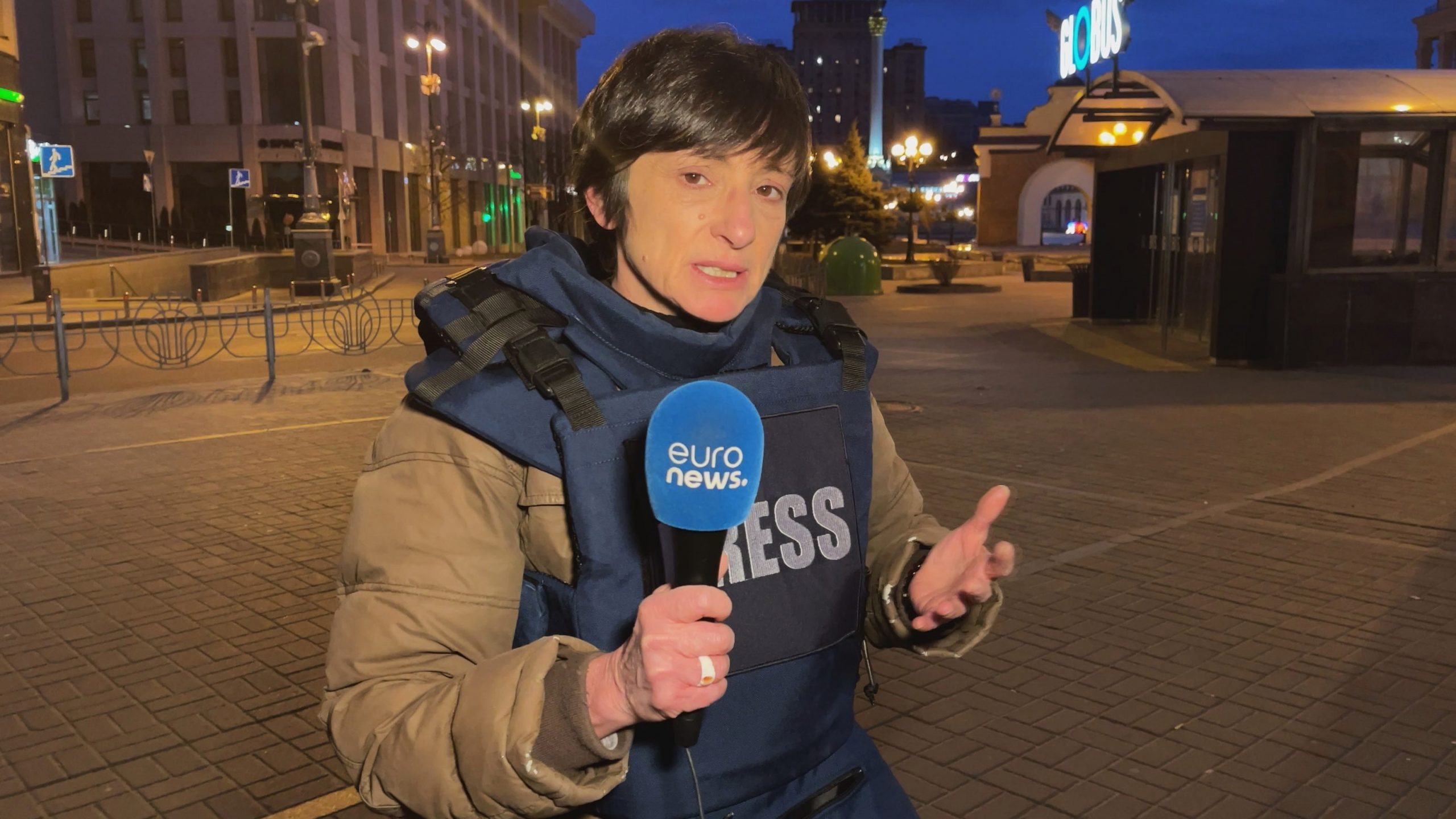 The documentary follows Euronews International Correspondent Valérie Gauriat as she reports from inside the country over the first two weeks of the war, witnessing in particular how civilians evacuated their homes, built barricades and took shelter in subway stations.

Valérie travelled the streets of Kyiv speaking to those attempting to save their lives and escape the advance of the Russian army. Her report reveals the feelings of fear and anxiety after the war broke out but also highlights the resilience and resistance that emerged from the despair.

In the western city of Lviv, she witnessed the exodus of hundreds of refugees flowing in from embattled areas, and the solidarity of those helping them. The documentary ends in the Polish city of Krakow, where Ukrainian refugees are calling the western world to take stronger action.

Euronews will first broadcast the documentary on Wednesday 6th April at 20:30 CET across its nine TV language editions. It will be also be available on euronews.com

The documentary is a special edition of its current affairs show Euronews Witness. Launched in July 2021, the series covers the most pressing conflicts and crises unfolding around the world through the experiences of men, women and children at the heart of the story.