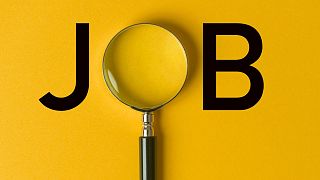 Jobs in sustainability, cyber security and sales are on the rise in Europe, according to LinkedIn data.   -   Copyright  Canva
By Giulia Carbonaro  •  Updated: 18/01/2023

Hiring has started slowing down in Europe, making it harder for some of those hoping to swap their current jobs for a new one this year to find a suitable role.

The labour market had recently been quite good for workers, with plenty of job openings and little competition. But as the economic situation in Europe remains uncertain amid the war in Ukraine and the ongoing cost of living and energy crises, many companies have been forced into hiring freezes.

It’s bad news for the 57 per cent of professionals in Europe who are considering changing jobs in 2023, according to new research by LinkedIn, the online professional networking platform.

Still, there are bright spots in the labour market where new job opportunities have opened up in recent years, as shown by its latest ‘Jobs on the Rise’ list.

Examining millions of jobs started by LinkedIn members from January 1, 2018 to July 31, 2022, LinkedIn Economic Graph researchers drew up a list of the 15 fastest-growing jobs across Europe that shows expanding opportunities in sustainability, cyber security and business development roles.

“In 2023 that means climate change and cyber security. Sales professionals are also in high demand, as businesses grapple with the need to deliver growth amidst challenging macro-economic circumstances”.

The fastest-growing jobs, from sustainability to business development

With businesses under pressure to slash their carbon emissions to help tackle the climate crisis, it’s not surprising that one of companies’ most sought-after jobs this year is that of Sustainability Manager.

Sustainability roles feature on LinkedIn’s ‘Jobs on the Rise’ lists in 13 countries globally including France, Germany, Spain, the Netherlands, Italy, Sweden and the UK.

The role of Sustainability Manager - covered by the person responsible for analysing and predicting the present and future environmental impact of the company they represent - was the second-fastest growing role in the UK and the fourth in Germany.

In France, the top four spots on the list were all taken by jobs in the sales sector, ranging from Growth Marketing Manager (#1 fastest-growing job), Sales Development Representative (#2), Customer Success Manager (#3) and Enterprise Account Executive (#4).

The fifth fastest-growing job in France was that of Energy Broker – someone who helps companies make decisions about energy providers, comparing commercial gas and electricity deals.

In Germany, the same jobs were reshuffled in a similar-looking list topped by jobs in sales and brand management: the number 1 spot was taken by the role of Sales Development Representative, followed by Growth Manager, and Employer Branding Manager.

For instance, there’s about one job opening for every person applying in Germany, while in France and the UK there are two applicants for every open role.

Workers are mostly worried about the cost of living crisis, and a higher salary is their biggest motivator to look for a new role, but greater flexibility and career development opportunities are also critical factors, Graff said.

"While the labour market is no longer red hot, companies still have to think carefully about how they appeal to candidates," he said.

Are we entering the era of the 'Chief Remote Officer'?