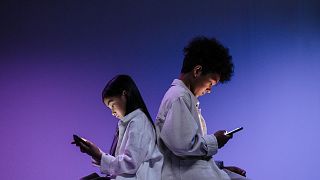 From increasing anxiety and depression among students to suicide attempts: schools officials in Seattle, the US, have filed a complaint against social media platforms such as Facebook and TikTok, accusing them of "harming" young people's mental health.

The complaint is aimed at Facebook and Instagram, which are part of the Meta group, as well as Snapchat, Youtube, TikTok and its Chinese parent company ByteDance, and Google and its parent company Alphabet

Public school officials in the northwestern Washington state city say it represents "the first step towards holding social media companies accountable for the harm they have wreaked on the social, emotional, and mental health of its students," according to a statement.

"The increase in suicides, attempted suicides, and mental-health-related ER visits is no coincidence... this crisis was already growing before the pandemic and research has identified social media as playing a major role in causing mental health problems in youth," they added.

In the complaint filed on Friday, the officials have accused the companies of having exploited "the psychology and neurophysiology of their users so that they spend more and more time on their platforms... creating a mental health crisis among young Americans".

This was done "for profit," they claim, because "the more time users spend on these platforms, the more ads the defendants can sell".

The district, which explains that it has put in place resources - including human support - to help the students, believes that these tech giants should contribute. “Taxpayers should not bear the burden for the mental health crisis social media companies have created,” they said.

"In his 2022 State of the Union address, President Joe Biden (...) called for ‘holding social media platforms accountable for the national experiment they're conducting on our children for profit,’” the Seattle school district said in its complaint, that it is "taking this action to do just that”.

Contacted by AFP, Meta said it had "developed more than 30 tools to support teens and families, including supervision tools that allow parents to limit the time their teens spend on Instagram, and age verification technology that helps teens have age-appropriate experiences," according to Antigone Davis, its head of security.

"We will continue to work closely with experts, policymakers and parents on these important issues," she added in the emailed comment.

Google said it had "invested heavily in creating safe experiences for children on our platforms" and "introduced robust protections and dedicated features to prioritise their well-being," said spokesman José Castañeda.